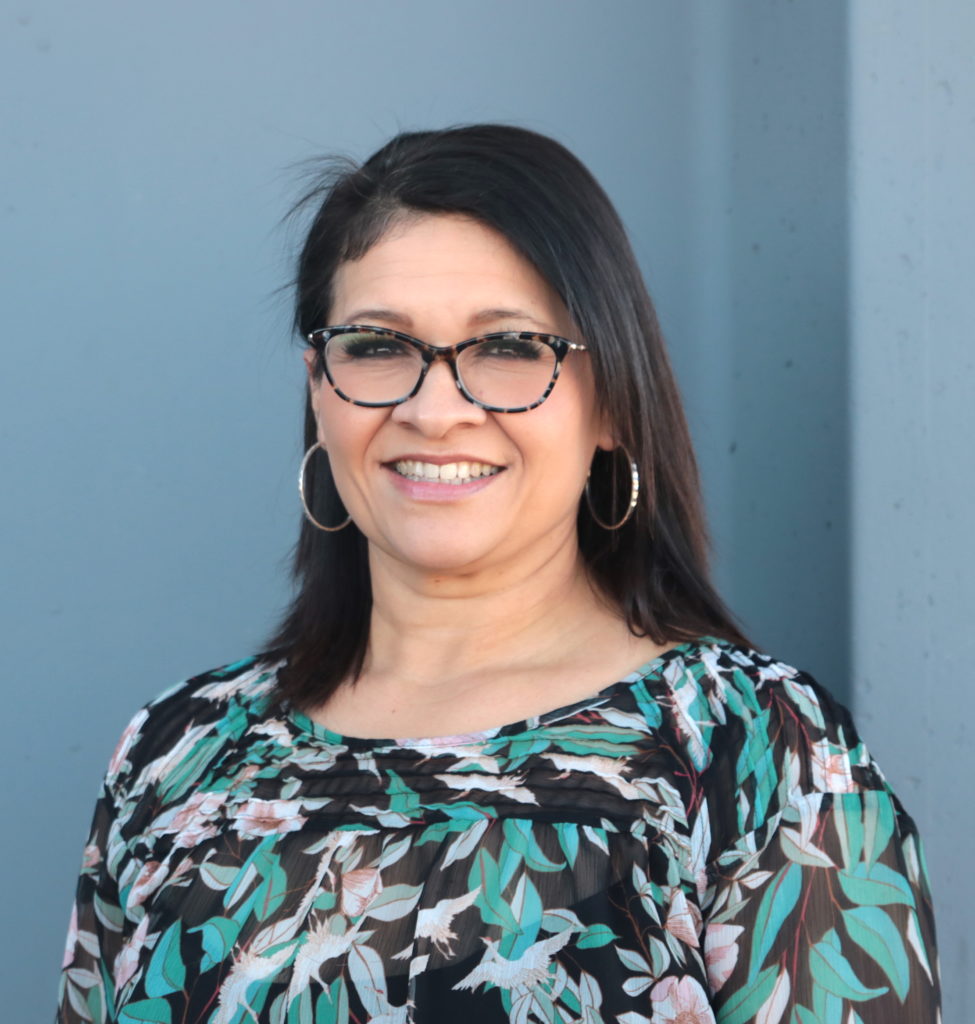 In Lena’s life, Catholic Charities was not simply the provider of food and clothing during challenging times. They restored her hope and faith in Jesus Christ. Lena, a proud Catholic wife and mother, described her first transformative encounter with Catholic Charities like it was yesterday.

Another day of barely getting by while living in her car with two little children, she walked into a Marisol Family location to receive much-needed diapers and clothes. Lena cringed at the thought of asking for help, but she mustered up the courage to walk in. She was desperate.

A kindly male volunteer inside Marisol Family first welcomed Lena and showed her how to apply for Medicaid and receive more assistance. Then the volunteer led Lena to a room where she could pick clothes for her children and take a supply of diapers.

The volunteer turned to her saying, “I do not know what you are going through, exactly. But the best thing I can offer
you is prayer.”

The volunteer took her by the hand, and they prayed together inside Marisol Family, a ministry of Catholic Charities of Denver. He did not know Lena had lost her faith. Then he shared a bit of wisdom that God picks his strongest soldiers to go through the toughest challenges. His words struck her: “Perhaps one day your story will help others.”

“This is my calling,” Lena exclaimed. “I want to be the cheerleader of Catholic Charities and share what a wonderful organization this is. This place really does make a difference, and the work of volunteers makes it possible.” 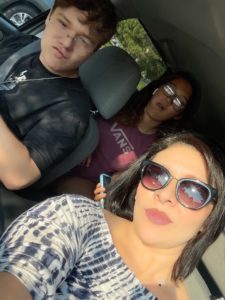 Lena and her two children.

Catholic Charities transforms lives. It is the true power of charity and compassion on a person’s life that paves the way for a brighter future. Lena is living proof of that.

By the time Lena walked into Marisol Family that day, she experienced dramatic and severe trials. After a divorce from the father of her son, she entered another relationship, and they had a daughter. She described a series of harmful and dangerous encounters with her daughter’s father. One day she could not take it any longer. She told her children to fill a grocery bag with their favorite belongings. They fled their home with the clothes on their back.

“I had nowhere to turn and too much pride to ask anyone for help. We found ourselves living in the back of my car,” Lena continued. “Not to mention, I was a full-time nurse, attending college to get my bachelor’s degree.”

They tried to maintain their life while living in the car. During the daytime, she worked a full-time job. Later she drove outside hotels or college campuses to pick up a Wi-Fi signal and study in her front seat. At night, she tucked her children in for bed in the backseat.

“We actually looked forward to going to work and school as it was an escape from ‘car living,’” as they called it.

The months ticked by, but Lena managed to graduate with her bachelor’s degree, barely passing her classes. She eventually told her parents about her experience with homelessness and she reconciled with them. She moved into their house until she got back on her feet.

Lena, originally from Texas, loves learning and decided to continue by pursuing a master’s degree in education and graduated with a 3.97 GPA. Not finding work in education, Lena was hired at the Colorado Coalition for the Homeless, a local nonprofit. During her time there, she worked at the Stout Street Health Center. Later she assisted more than 160 families in finding affordable housing with the help of the Rose Andom Center, a nonprofit that helps women escape domestic violence. She was laid off after a loss of grant money and went back to nursing. She also started her own nonprofit called The Fairy Prom Mother
to provide prom dresses to girls living in low-income households. Lena also married her husband Jose in 2021.

One day she saw a Catholic Charities’ job posting for a volunteer coordinator. It was her calling. Lena wished to serve others as that volunteer once did for her. Even after growing up Catholic and attending parochial school, Lena lost her faith. Her personal trials made her decide that God did not exist. Yet the volunteer’s compassion and time to pray with her helped restore her faith. In a desire to give back, she is also pursuing her doctorate in social work in June 2022 at the University of Denver.

As a volunteer coordinator at Catholic Charities, Lena strives to live her faith and share compassion with others while enthusiastically encouraging volunteers to make a difference.

Today, Lena is a transformed person. She is confident, joyful, hope-filled and on a mission to share the real story of volunteer work and charity.

Lena wishes others could hear the whole story of homelessness.

“There’s nothing that angers or upsets me more than when people say others must be lazy or hooked on drugs if they’re experiencing homelessness,” Lena shares. “There are so many reasons people could be homeless. I wish people could see the true story.”

MEET MORE FACES OF HOPE
Hear the stories of people overcoming obstacles as they embark on a new path filled with dignity. Walk along with them as we partner to provide support, comfort and help at the most difficult moments in their lives. Go to ccdenver.org/facesofhope. 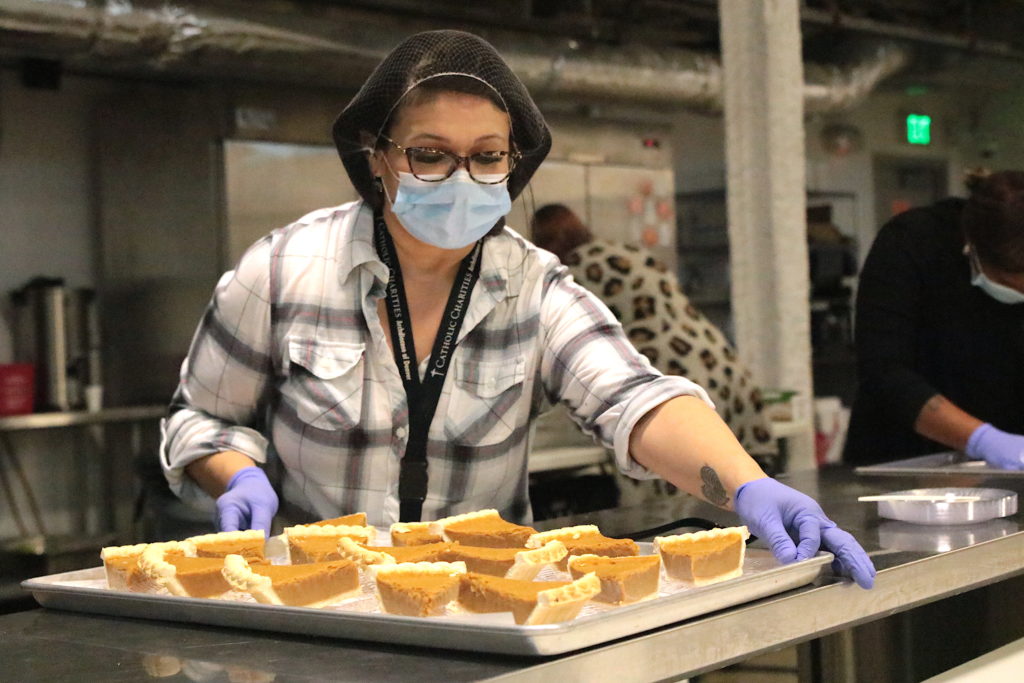 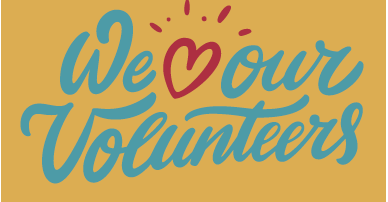 VOLUNTEER AND TRANSFORM LIVES!
Thanks to thousands of dedicated volunteers each year, our team serves our neighbors in Northern Colorado with life-changing
support as they work to improve their lives.

We would love to have you join us! Please check online for the many opportunities available that fit your schedule and interests.
Visit ccdenver.org/volunteer.

← Faces of Hope: LaureeHonoring Courageous Mothers amid Culture of Life renewal in Colorado →