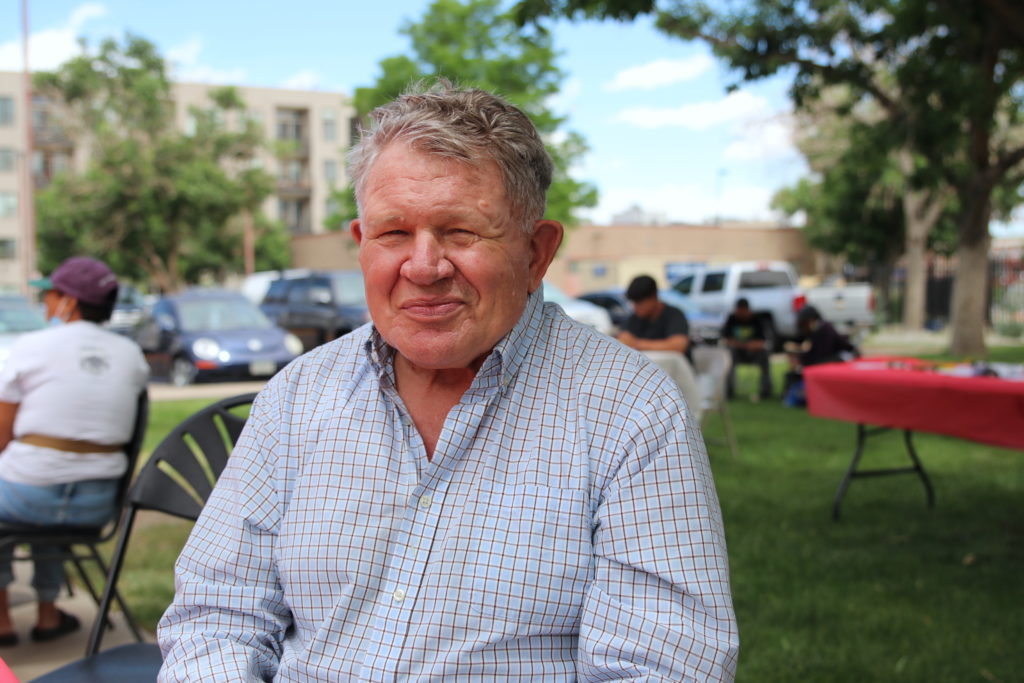 “I was a first-grade teacher,” Howard said outside Samaritan House downtown. “When I got out of Vietnam, I decided to become a teacher and so I went back to school.”

Howard said he served in the military from 1971-1974. Afterward, he took advantage of a program that paid for his master’s degree in education while he also taught first grade students. He became certified in Oregon where he taught for 10 years before returning to Colorado.

“I was married and moved here and then things went south from there,” Howard said.

He later lost his job and his marriage ended. He visits with his son, a daughter and grandchild, who live in the Longmont area. His residence is at Samaritan House, run by Catholic Charities of Denver, which offers shelter, nutritious food and extensive case management to help veterans like Howard find housing and stable income. He said he looks forward to finding a place of his own.