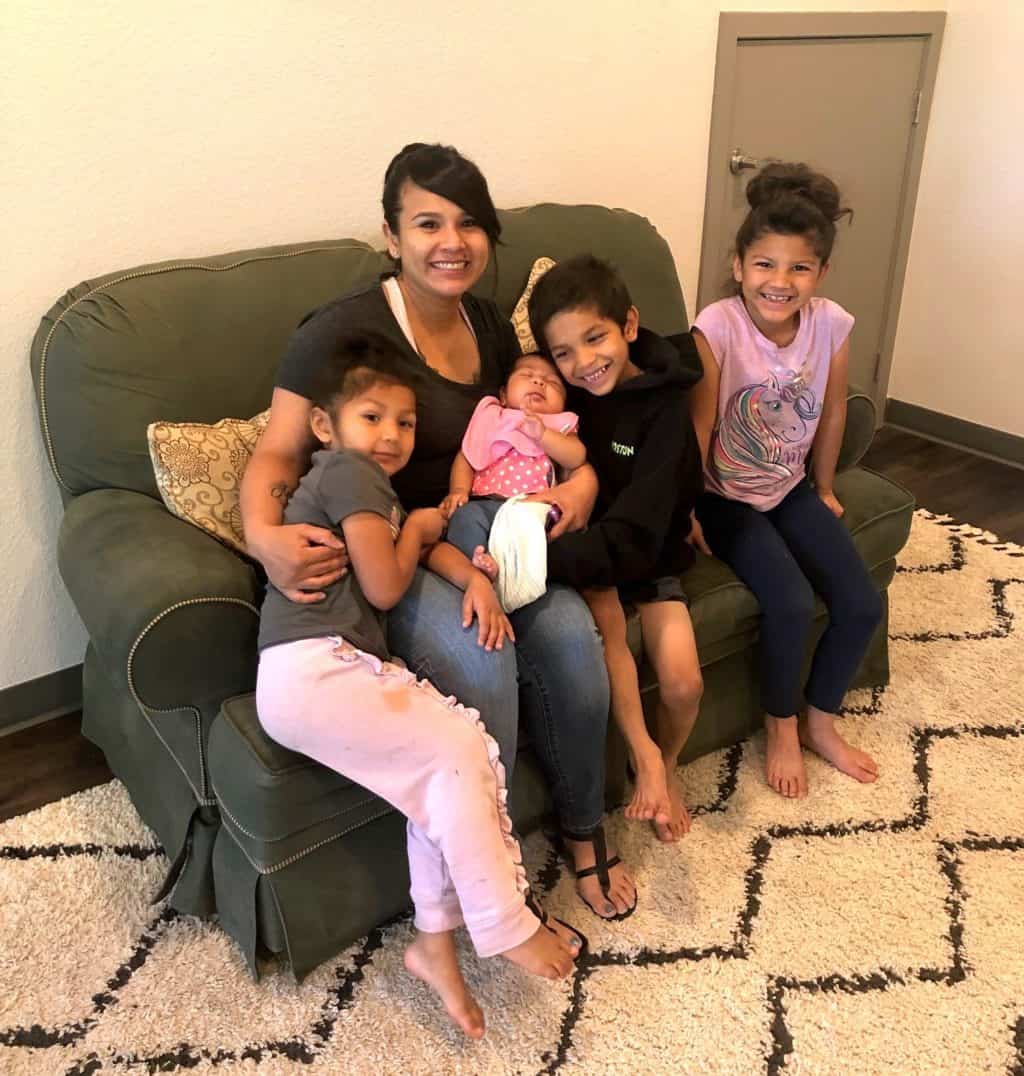 Marcela and Michael were hit with devastating news while trying to support their three young children. Doctors diagnosed Michael with Lou Gehrig’s disease.

“I was just trying to work and we fell behind, and then he had got diagnosed with Lou Gehrig’s disease,” Marcela said. “I felt depressed some time because my husband was struggling to walk and had trouble holding things and I was about to have a baby.”

Struggling with the diagnosis and then the loss of her job, they were evicted from their apartment. On unemployment, the family moved into a motel and faced a future with very little hope.

While taking classes at Denver Human Services, Marcela heard about Samaritan House. When there was an opening on the family floor at the homeless shelter, they applied and got admitted.

Immediately, a case manager helped her with prenatal home visits and health and wellness during her pregnancy. Marcela was connected to Early Childhood Education, supplies through the Marisol Family and counseling.

While at Samaritan House, the family was able to pay off debts. Marcela created a budget and saved money. In March, the family was relieved to hear that their hard work had paid off and they would be moving into their new home.

Samaritan House is “a really good place with really good option(s) to lean forward. They opened the doors for me.”