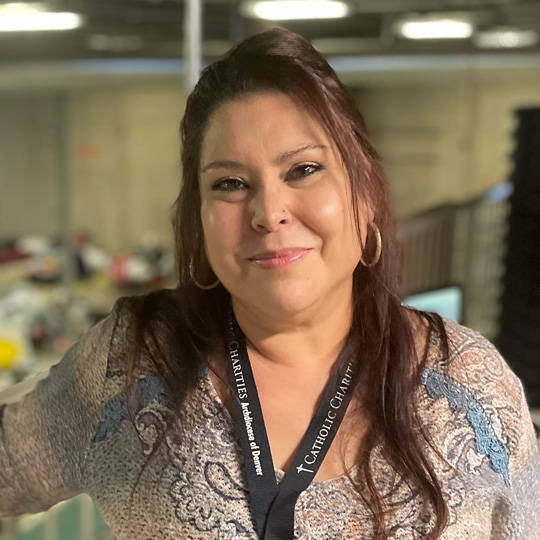 Sandra arranges a bed with fresh sheets to ensure the next woman to walk through the doors of Samaritan House 48th feels comfort from the smell of laundry detergent from the sheets when she lays her head down.  As Sandra continues her daily duties as shelter associate at the women’s shelter, she thinks to herself: If only these women knew that I had been in their shoes, too.

Five years ago, Sandra became a mother to a baby boy named Emmanual, meaning “God is with us.” Looking back, she couldn’t have known how present God would be during the first years of his life.

Sandra experienced 13 years of domestic abuse at the hands of the father of her child, she shared. She felt trapped on the cycle of abuse and even after a near-death experience, she would find herself forgiving him. Sandra shared that whenever he would hurt her, he was out to kill her. When her abuser continued the violence shortly after leaving the hospital with Emmanual, she knew what she had to, to protect the most important person in her life.

“My baby made me strong,” she says.

Sandra would find a haven in Oklahoma with some friends. It wasn’t until she heard word that her abuser would be facing a prison charge for assaulting another woman, that she returned to Denver. Emmanual was four months old at the time, and she needed the support of her mother.

Before finding work, Sandra enrolled Emmanual in Catholic Charities’ Early Childhood Education program so he could attend one of its locations called the Child Development Center in Denver. It felt like a godsend to the small family. Emmanual loved it from the start. Sandra made sure to keep in close contact with his teachers and the family service worker at the center, Sandra Pereda.

When they were evicted from her mother’s home in April of 2018, Pereda would be the one to get them in touch with Marisol Homes, a Catholic Charities’ longterm shelter for single women and their children. A few days later, she got the call they were accepted and could move in right away.

God is with us.

She felt more empowered than ever to advocate for herself while staying at Marisol Homes. She vividly recalls telling herself every morning to “get up and out of bed first thing,” and “lift yourself up.”

She says, “I would tell everyone else that, too. My case worker used to tell me they would see other women motivated when I walked through the halls with my head held high.”

Sandra reflects on a picture she still has of baby Emmanual looking outside the window in their room at Marisol Homes with a big smile on her face. Every morning, he would move a bucket under the window, so he could stand on it and get a better look at the backyard. 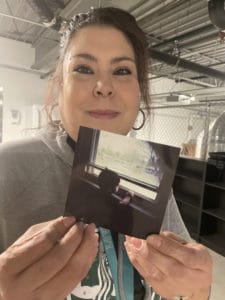 Marisol Homes helped Sandra transition to income-based housing, where she lives with her son to this day.

God is with us.

Emmanual is five years old now and will start kindergarten in the fall. He still gets excited every day to go to school at the Child Development Center. After Sandra drops him off in the mornings, she heads off to work at Samaritan House 48th.

“With Catholic Charities support I was able to find hope. They gave me shelter, they are educating my child, and now, they have given me a career that I am passionate about.”

Sandra’s experiences reflect the stories of many women at Samaritan House 48th. She sees herself in them and empowers them to keep their heads up.

“I hope to spread the same energy I had at Marisol Homes. I want to inspire these women that their worth is there and it is meaningful,” she shared. “Most importantly, I never lost my faith in God. Nothing is impossible without Him. We are strong women. Keep walking forward. Even when you may stumble, keep walking.”