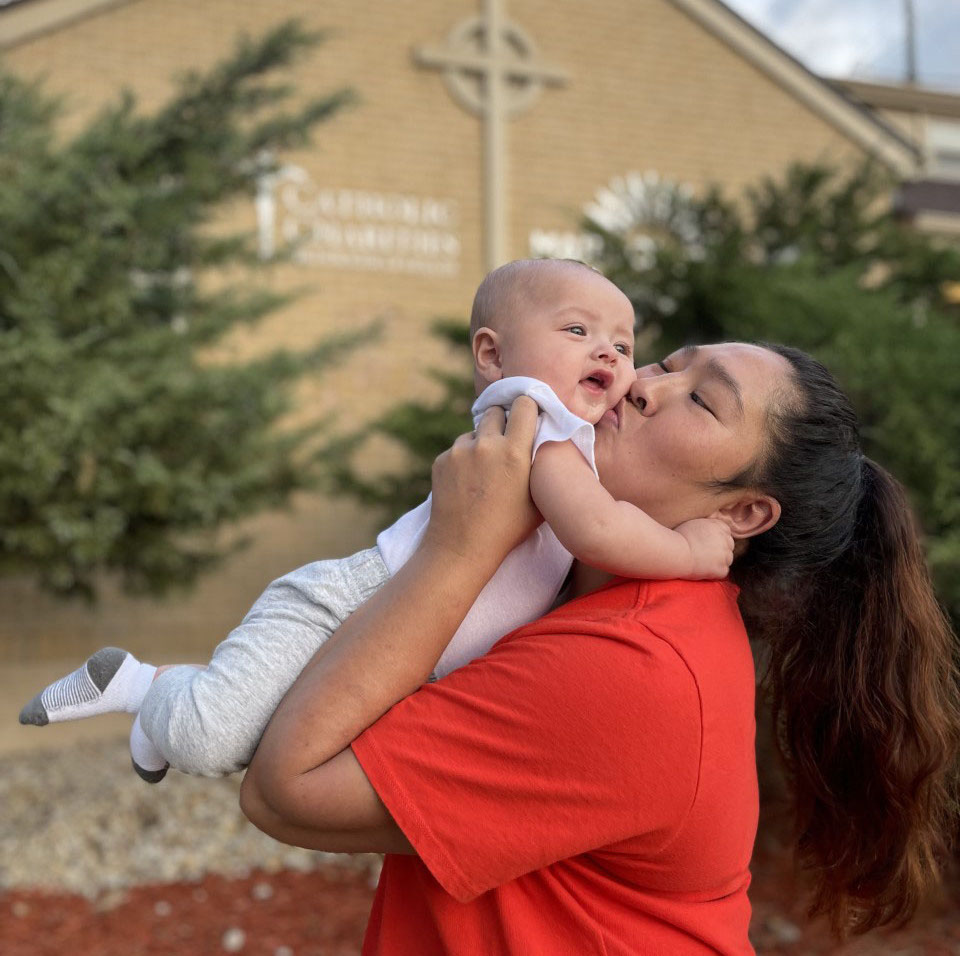 Jennifer found out she was 10 weeks pregnant in August of 2020. During this time, she was addicted to heroin and methamphetamine and was unsure what her next steps would look like.

At 12 weeks pregnant, Jennifer was admitted to a treatment center in Denver.  After 60 days in treatment, she was referred and later accepted by Marisol Homes in December of 2020. Marisol Homes provides safe and secure housing for pregnant women, and single women with children, who are experiencing homelessness. With Marisol Homes also being sober living community, it felt like God’s calling for the soon-to-be, first-time mom.

Upon intake, Jennifer’s assigned case manager sat down with her to get a better sense of what her goals would be. Her main mission? Staying sober for her child.

“Without Marisol Homes I wouldn’t be able to maintain my sobriety,” says Jennifer. “The support here, the girls and the staff are wonderful, but my main motivation to stay sober is my son. I feel like I am relearning who I was before. It has taught me self-love and self-worth.”

Baby Lucas was born in April of 2021, rejuvenating Jennifer’s life purpose to remain sober. He is now six months old, and they are attached at the hip. She brings Lucas to weekly Mass at St. Margaret of Cortona’s Chapel inside Marisol Homes. They enjoy time in the community nursery any chance they can get.

Partnered with the support system at Marisol Homes, Jennifer is an active participant in the programming classes provided. Prior to giving birth to Lucas, she took prenatal classes. She is now in parenting classes as well as the day after class, which mimics the Alcoholics Anonymous model for the residents, as well as other enrichment groups offered at Marisol Homes.

Jennifer posted a celebratory status on her Facebook feed on the eve of a special anniversary. She sees likes and comments from her peers online and feels overjoyed by such an accomplishment. When she looks down at her six-month-old boy, she feels an unspeakable pride, realizing it was he who saved her from the cycles of drug abuse, she said.

Jennifer grew up in Northern Colorado with a supportive family. She went along with the high school norms of staying out too late with friends realizing that often, she was fighting to fit in with the crowd. This yearning sense of acceptance eventually spiraled and later took the form of drug abuse. The relationships she formed were isolating and at times, abusive.

This mark exemplifies a renewal for the single mother. It has allowed her to open up a relationship with her parents again, giving them an opportunity to grandparent Lucas, she said. Jennifer said it has given her the chance to be the healthy mother she always envisioned herself being.