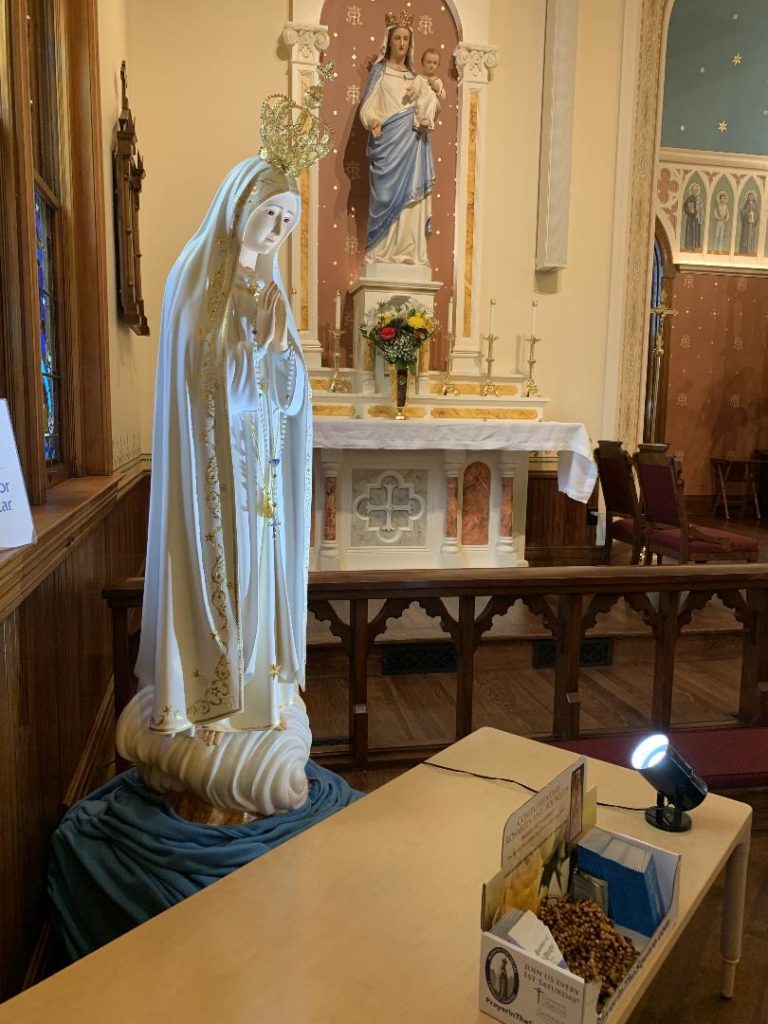 A statue of Our Lady of Fatima, hand-crafted in Portugal, is on a pilgrimage throughout the Archdiocese of Denver with the hope of restoring faith by encouraging prayers of the rosary.

This summer, the statue is headed to the Western Slope and Eastern Plains until the end of August. It will be back in Denver by September in hopes of having a greater reach at parishes and schools. The statue is booked out months in advance, with hosting requirements found on the RespectLifeDenver.org website. Respect Life Denver is a ministry of Catholic Charities of Denver. Their goal is to expand the pilgrimage statewide to reach all Coloradans.

The Our Lady of Fatima statue was handcrafted in Portugal and carved from a special African wood. Standing at over five feet tall and 150 pounds, she is one of the last statues of her kind to be handcrafted, as these statues are no longer being made, according to Sam Perry and Tom Morroni, the two men behind the statue pilgrimage.

Perry is dedicated to helping people become more devoted to the rosary. A 2016 Denver Catholic article describes Perry’s distribution of an estimated 25,000 rosaries in Northern Colorado and his efforts to launch Prayer in the Square, through Catholic Charities, as a First Saturday devotion. Prayer in the Square is now in more than 20 locations.

When he was a young boy, both he and his sister got extremely sick, and doctors claimed that they would not survive. Sam's mother had a strong devotion to the rosary and turned to Mary during these challenging moments. Not too long after, both Perry and his sister fully recovered, he recalled. 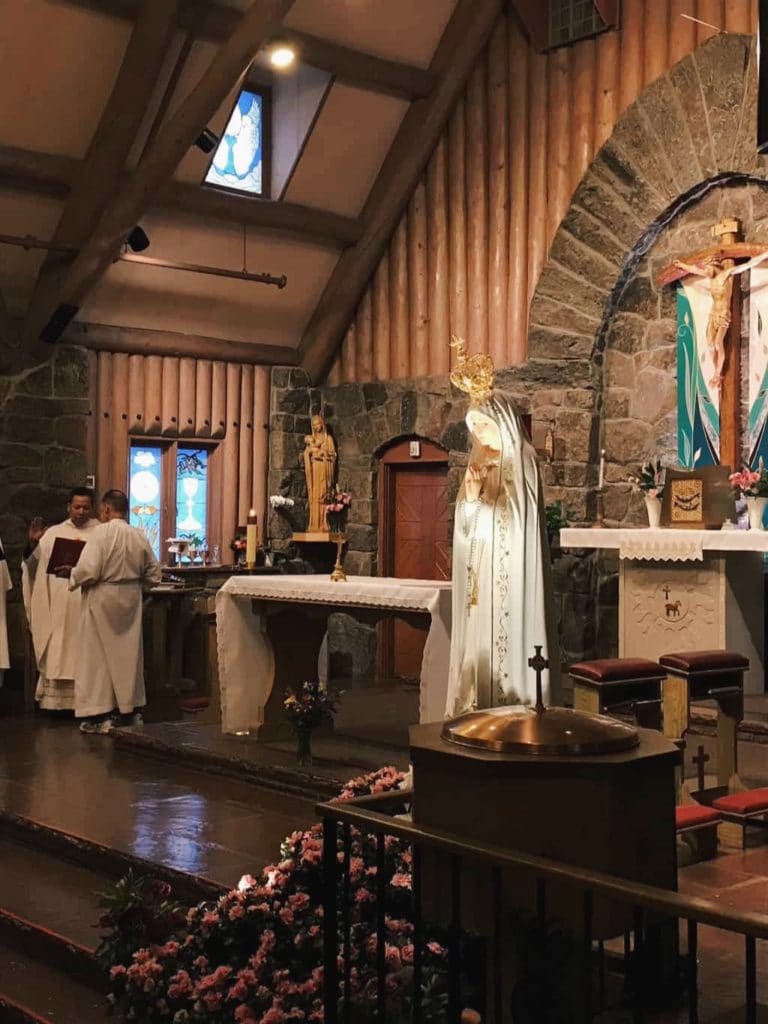 Since then, Perry grew in his devotion and love for praying the rosary. Both Perry and Tom Morroni grew up knowing of each other and re-connected at their parish in Denver.

When Perry pitched the idea of having a statue of Our Lady of Fatima built, Morroni jumped on the idea and helped plan the logistics to make it happen. The Our Lady of Fatima statue was handcrafted in Portugal and carved from a special African wood. Standing at over five feet tall and 150 pounds, she is one of the last statues of her kind to be handcrafted, as these statues are no longer being made, according to Perry.

It was not an easy road, as the statue was shipped to the wrong location and there were many delays. Once the statue made it safely to Colorado, she was blessed by Archbishop Samuel J. Aquila in 2018. The statue is an image of love, patience and hope during times of hardship.

"The church is a community, a place where we gather together in hope and faith," said Perry. “As a community we can restore faith through prayer and devotion to the rosary.”

Pick-up and delivery to parishes of the statue is provided by Perry and Morroni. Transportation was an issue that Morroni, an engineer by trade, was prepared to tackle.

After purchasing an old Chevy Tahoe, Morroni took out the back seats and recreated the back of the SUV to hold the stretcher that holds the Our Lady statue. Morroni also built a ramp which assists the gentlemen with getting the stretcher into the SUV.

Transporting the statue is done with special care, which starts by each person putting on gloves before putting the statue on the stretcher. The gloves protect the statue from coming into contact with the natural oils that are produced by human hands, which in the long run, can be damaging to the paint. The statue is also wrapped in blankets to protect it from any external factor that may damage her. After she is wrapped with blankets and carefully placed on a stretcher, Our Lady is wheeled to the renovated Tahoe where the ramp is used to help safely get the stretcher in the SUV. Once the stretcher is safely rolled in, the ramp is placed back, and the statue is driven to her next destination.

The story of Our Lady of Fatima began in Fatima, Portugal, amid World War I. Our Lady appeared six times between May 13, 1917, to October 13, 1917, to three shepherd children named Lucia, Francisco and Jacinta. That same year was the Russian Revolution that would unleash Communism and the rise of the Soviet Union. In Eastern Europe, atheistic governments would rein in power for decades.

On May 13, 1917, when Our Lady appeared to the children, she requested that the children, "Say the Rosary every day to bring peace to the world and the end of the war.” She then told the children that they would endure trials of facing disbelief from friends and family.

During the last apparition, an estimated 70,000 people came to witness what became known as "The Miracle of the Sun," with the sun making three circles and moving around the sky in a zigzag manner. In 1930 the apparitions were approved as authentic by the bishop of that diocese. Devotion to Our Lady of Fatima has continued for many millions of people, encouraged by recent popes, with the 100th anniversary of Fatima in 2017 bringing renewed attention.

Prayer in the Square