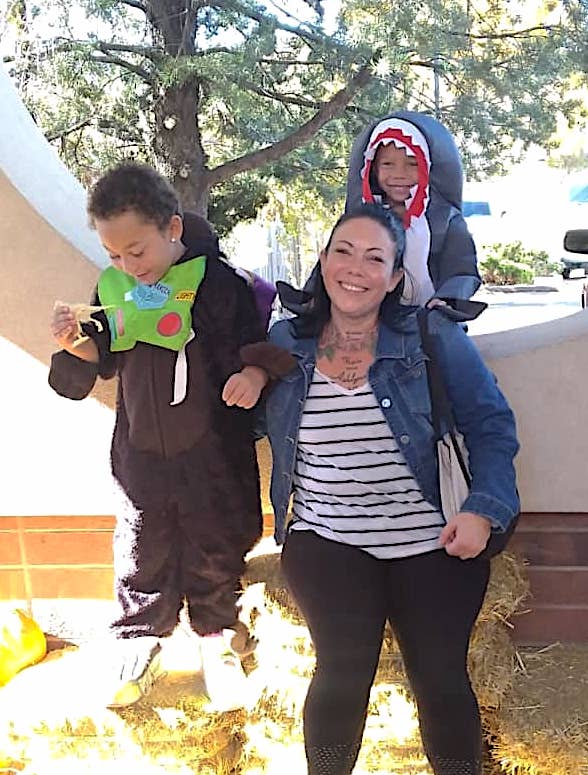 In November of 2010, Tara and two of her children started a trek to regain independence, gathering what little they had for a stay at Marisol Homes (then known as the Father Ed Judy House), a temporary home for single women and children run by Catholic Charities of Denver.

At the time, she had been discharged from a rehabilitation center and needed the stability of sober living. She fondly remembers the words of a staff member as she walked through the doors: This is a place with new beginnings.

Tara did not waste much time getting connected with the resources provided at Marisol Homes and worked hard to advocate for herself and her children. In the short span of her one month stay, she would merge herself into a tight community with five other women who moved in about the same time she did. Each resident met with their case worker at the Father Ed Judy House to talk about resources, but Tara knew her role as mentor was important. She recalls how little she knew at the time, but that she knew she was, “looking to be a mentor.”

When Tara moved out and found independent housing, she stayed in touch with each of the five women and sent job and housing applications she’d seen around town.

To the other girls, Tara was the epitome of success. But truth be told, Tara admits it was difficult to go back to living alone. She remembers getting a food box from Catholic Charities every week for a first few months, a sure sign that she wasn’t alone. Her connection to continued counseling, which carries into today, has been a great comfort to her.

The psychology of full circle moments can offer profound and life impacting meaning to those who experience them. For Tara, it’s been a chance to revisit her past with a new perspective.

Twelve years later, Tara is working hard toward her bachelor degree in social work and will have her degree in ten months. She has five beautiful children, ages 5 to 22. Her goal is to be an advocate for family unification with a focus on bringing diversity to the field. Tara’s story is a full circle moment in the making.

← VIDEO: Mother says life changed for better after giving birthSomething beautiful out of a tragic event →